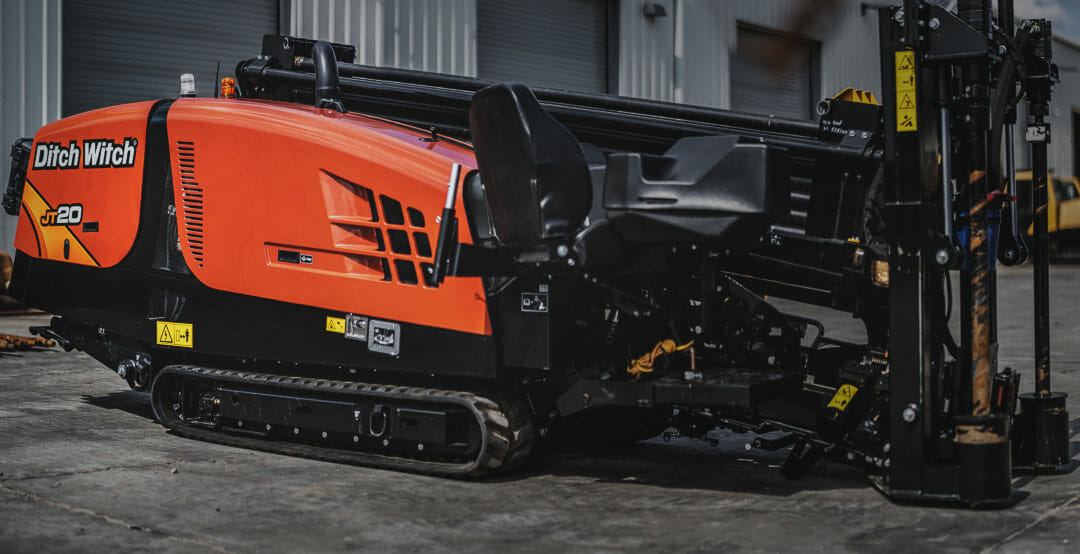 LOOKING TO SELL YOUR USED EQUIPMENT?

Horizontal directional drilling (HDD) is commonplace these days. It’s rare to drive across a city without seeing at least one HDD crew working alongside the road. And it’s easy to see why. Installing utilities such as sewer, water, power, gas, and telecommunications using HDD equipment provides benefits to both the general public and the companies utilizing the technology. This type of underground construction not only minimizes traffic disruption and surface damage, it offers quicker installation at a lower cost than older methods.

Rewind to the 1960’s however, and HDD jobsites were nowhere to be found. While development of similar ideas and concepts may have been percolating in the minds of other early pioneers, many industry veterans believe it wasn’t until Martin Cherrington observed the installation of a gas line using a hand-held air drill that the seeds of the HDD process were planted. Cherrington believed he could use the same principles as the air-drill installation, but on a larger scale. He soon became familiar with the concept of guided drilling and, in 1964, struck out on his own to refine the process. Comfortable with welding, fabricating, and mechanics, he built his own drill rig and launched Titan Contractors Inc. According to Cherrington, that first rig looked very similar to the HDD drills we see today, although smaller, more lightweight and “skeleton-like.”

For the next several years, Titan crews contracted for utility companies in the Sacramento, California area building a reputation for their road boring capabilities. They relied on “potholing” to check the angle and direction of the bore head. (Remember, this was the 60’s, and electronic tracking was still years away from development). It was impressive, but still very basic. And then came the famous river crossing.

It was 1971, and according to popular belief, it was the first river crossing ever completed. Cherrington had been successfully installing gas lines for the Pacific Gas & Electric Co. (PG&E). The company, which was facing a problem on another project, wondered if his new methods might be the solution. The problem? The Pajaro River.

The company wanted to cross approximately 500 feet of the river to install a 4-inch gas line. They asked Cherrington if he could drill under it. To some, it was a crazy idea. To Cherrington, it was just an odd job. A one-off. He took the challenge and, despite some difficulties along the way, completed the underwater bore in about a month.

This “odd job” attracted a lot of attention. Soon, Cherrington’s crew was contracted to do an even bigger river crossing. And then another. And you know the rest. The HDD industry was born and began to explode. In fact, one source states that the number of HDD units in use increased by more than a hundred-fold between 1984 and 1994.

The driving force behind this growth was the innovation of the equipment itself. In the early 80’s, the majority of drills used for HDD work were basic and not terribly reliable. In fact, they weren’t really designed for HDD work. But as the industry began to realize the potential of this new market for rigs, drill pipe, and downhole equipment, manufacturers who had previously focused on the offshore drilling industry began to engineer drill rigs specifically for the HDD jobsite.

Not to be left behind, manufacturers of smaller-scale equipment began developing HDD equipment as well. In 1988, the Ditch Witch® organization was awarded U.S. patent #4,953,638. This innovation advancing slant-nose technology made it possible to effectively install pipe and cable in small-scale applications through fluid-assisted bores. The breakthrough was followed by the introduction of company’s first horizontal directional drill, the Jet Trac®, in 1990. Vermeer Company, known for their innovations first in agriculture and then trenching, introduced their first horizontal directional drill in the 1990s. As more companies followed, horizontal directional drilling laid the infrastructural groundwork for the dot-com boom.

Throughout the 90’s, the techniques and technology used for horizontal directional drilling continued to improve. Innovations like the bottom-feed pipe loader, patented by the Ditch Witch organization, continued to refine the drills themselves while breakthroughs in machine controls and electronic tracking increased the accuracy and efficiency of bores.

As the millennium came to an end, horizontal directional drilling was no longer a novelty. It was serious business. Underground utilities were relying on the technology—especially the U.S. telecom backbone—and manufacturers were racing to build bigger, better, tougher equipment for what had become an insatiable market. Early pioneers like Martin Cherrington could still recognize the basic form and function of the machines they’d set in motion more than 30 years before, but the industry they helped create had grown far beyond their dreams. For the underground construction market, it seemed the sky was the limit.

Have you every moved your parents after they’ve lived...

Now may be the time for your company to purchase...